UK Politics: Labour Party Pride at Being Voted As Opposition Once Again 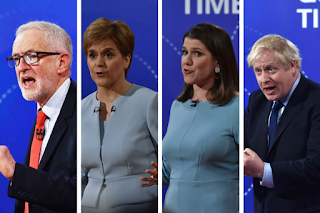 A Labour Party spokesperson has told of the party's joy and pride at being once again selected as the opposition party of the UK.

"Time and time again, the British people have put their faith in us as the party they chose to sit in opposition of the Government. The electorate have once again said to the Conservatives, 'We do not trust you as the opposition! It's the Labour Party we trust.'"

The spokesperson added, "Jermy Corbyn has been opposition leader to more Conservative Prime Ministers than any other living Labour leader. He has proved his ability to sit in opposition time and time again."

Jo Swinson, outgoing head of the Liberal Democrats and Political Refugee Party, said that she had had high hopes her own party could build itself up to be the opposition, but instead they are relegated to third place where they have to oppose everybody, and therefore no one.

A spokesmon for the Scottish National Party said, "They can keep our lives, but they cannot keep our freedom!"
Politics UK