on December 13, 2019
Celebrating Jeremy Corbyn's glorious victory in the UK General Election are demanding to know why he isn't moving into Number 10 Downing Street. 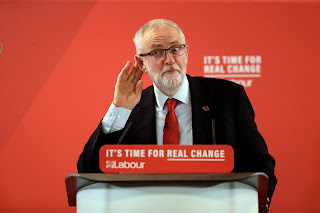 "Something clearly has gone wrong," was the cry heard today. "Jeremy won, yet they declaring Boris Johnson Prime Minister. Something is up with the Jam Matrix."

"This is all Kier Starmer's fault!" yelled several.

"The media is misreporting his coronation!" cried some more.

"This might be something to do with the Jews!" declared a couple who were quickly shuffled away.